David Warner has hit the headlines after almost every Australia’s fixture in the World Cup 2019. His opening partner and captain, Aaron Finch, has been no behind as the two have dominated for their side with the bat. Mitchell Starc’s yorkers have attracted their own share of attention. Glenn Maxwell has always been the centre of attraction whenever Australia have gone out in the field. Even the likes of Usman Khawaja, Nathan Lyon, and Nathan Coulter-Nile have had their moments in the World Cup.

It’s like almost every Australian player has experienced to be in the spotlight at least once in the ongoing marquee event except the one, who has actually deserved to be there – Alex Tyson Carey – but people who have known him closely are not surprised. Once a part of Greater Western Sydney Giants in the Australian Football League (AFL), Carey was never known to be in the limelight even though he was the captain of the side. He had every needed characteristic of being the best student to a coach and the best teammate in a team.

When Carey was made the captain of the Greater Western Sydney Giants on the road to their inclusion in AFL, it appeared as if cricket had lost him forever. Around his 20th birthday, when his football career was nearly done, he chose to return to his first sport. From there began a journey that would make him Australia’s wicketkeeper-batsman and vice-captain.

Carey made his international debut in January 2018. In about 10 months, he was named Australia’s joint vice-captain with Mitchell Marsh. Ever since then, he has been made to open, bat at No. 5, 6, 7 and 8 and Carey has accepted any demands of the team with open hands. Going into the crucial year of 2019, apart from the three innings against India where he was made to open, Carey has had a permanent slot at No. 7. His numbers in the World Cup are the testimony to why Australia have backed a new entrant in the team to be their deputy. Australia’s head coach, Justin Langer, was not an overnight superstar of the country. He believed in thriving through hard work and which is why he has supported Carey, a player with the same principles.

Warner and Finch are the two top-scorers of Australia in the current edition of the World Cup. But, Carey has been their unsung hero having amassed as many as 329 runs at an average of 65.80 in eight games. Carey’s stroke-play is not as flashy as a Warner or Maxwell as he still depends on the old school technique where he waits, watches the ball and then plays the shot accordingly. At the same time, he never fails to punish a bad ball and that helps him maintain a balance between his strike-rate and techniques and that in turns works well for him and his team. Batting at No. 7, Carey has witnessed an array of situations but he has come out well, adapting his game according to the demands of the situation. 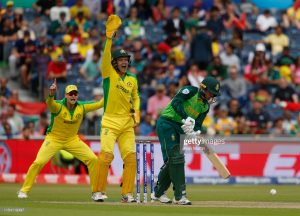 Carey has conquered several challengers thrown at him whenever he has come out to bat in the World Cup. Against West Indies, Australia were struggling at 79 for 5 when Carey walked out to the crease. When he got out for a fighting 45, Australia were in control before Starc finished the job in the second innings. He was put in for an impossible job when Australia needed almost 11 an over and India’s Jasprit Bumrah was on full song.

Against England, when Australia were slowly losing the track, Carey’s 38 brought life back to Australia’s innings. Carey then scored his career-best 71, that came nearly at run a ball, against New Zealand. Australia, who were once in trouble at 92 for 5, eventually conquered the pressure and won the match. The result meant the Aussies had qualified for the semi-final.

Even on Saturday, in Australia’s final group match against South Africa, Carey came out to bat at 119 for 4. Chasing a target of 326, Australia needed Carey and Warner to stay till the end. Despite the pressure, the two batted beautifully. To begin with, Carey rotated the strike as much as possible to Warner, who had scored almost half the runs that were on the board for Australia. In a desperate need of a breakthrough, the South African skipper brought in two spinners from either side. But, there was no stopping the two as Warner and Carrey had answers to their every attack. 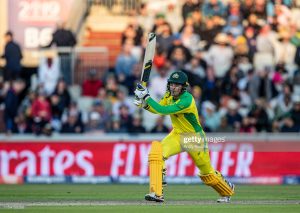 Carey added 80 runs with Warner in just 11 overs since the previous wicket. When Warner got out after belting his third century of this World Cup, Carey kept the chase alive. He went after Imran Tahir and Shamsi who gave away 17 and 12 runs respectively in the next two. However, the effort was not enough as Carey got out after he put up a brave 69-ball 85. Although the result did not go Australia’s way, Carey’s calmness and composed approach have set the tone for Australia ahead of their semi-final clash against their Ashes rivals, England.

Australia have certainly got a player down the order who will not succumb to pressure down the order and that’s a major boost ahead of the knockout stage.