As gear manufacturers strive to provide the best protection for players, their challenge is to strike the right balance between safety and comfort.

Like wicketkeepers, no one notices helmets until they fail to do what they are supposed to do – absorb the impact of a 140kph cricket ball and prevent grievous hurt to either batsmen or close-in fielders.

Until the demise of Phillip Hughes, the modern helmet was considered adequate protection for a batsman’s head, with the only doubt being about the strength of the titanium grille, meant to act as a visor for the batsman.

In August 2013, Joe Root needed four stitches after he top-edged a ball from Josh Hazlewood into his face, where it stuck between the grille and his cheekbone.

In July 2014, Craig Kieswetter broke his nose and fractured the part of the cheekbone that formed one of his eye sockets, while batting in a county match. A month later Stuart Broad too top-edged a ball from Varun Aaron onto his nose, and admitted to having nightmares about it later.

The Hughes tragedy led to a sudden urgency regarding questions about the range of protection that the helmet offers. However, it was an injury to New South Wales batsman Ben Rohrer, three weeks before Hughes was hit, that set the alarm bells ringing in the headquarters of helmet manufacturers Masuri in the UK. The company’s CEO, Sam Miller, told ESPNcricinfo that following the Rohrer incident the team had a “brief discussion internally that we should be doing something for the region of the helmet. It is not something we had thought about before.” 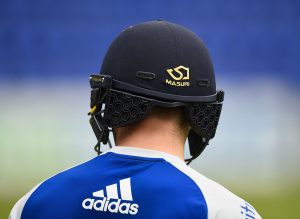 The stem guard, which offers protection to the back of the head, became a necessity in the wake of Phillip Hughes’ death © Getty Images

Rohrer was to suffer from post-concussion syndrome for months afterwards, with Masuri making minor alterations to the helmet, “extending the coverage of the grille to the back of the ear and extending the coverage of the back of the helmet, but only slightly”. He said, “at that stage no one in the world understood just how dangerous being hit in that part of the neck was. We didn’t understand how tragic the consequences could be.”

Hughes’ death sent a shock wave through cricket, instantly bringing into focus the most fragile part of the body, which stood exposed, despite modern helmets. Miller said, “The moment that happened, there needed to be a solution.” The design for the new stem guard, shielding the back of the head, took eight weeks. There were 23 different versions, with the intention of creating something that absorbed impact and fit all head shapes and sizes. Inside four months, John Mooney, the Ireland allrounder, had designed an extended grille for the back of his head and called it a “gorget”.

The helmet in cricket is a piece of equipment that requires particular attention to ergonomics, given the amount of time it needs to sit comfortably on a player’s head. The closest sport to cricket that uses helmets, Miller points out, is baseball. But the face guard and helmet in baseball stays on for 20 seconds at a time, so while the materials used in baseball protection may be useful to study, cricket’s requirements are different. The weight of the helmet varies between 750grams and 1 kilogram. Masuri’s heaviest helmet is just over a kilo – usually batsmen can only tell the difference in the weight in their hand, rather than when they wear it, due to the strength of the neck. Unlike the usage in baseball, “you have a player batting for four hours, so you need his helmet to be comfortable. It only comes off between overs.” The best helmets must find the balance between safety and comfort.

In 2013, the ICC set out a new safety standard for helmet manufacturers in the international game because they were seeing far too much grille damage. The new requirement stated that the grille should be able to stop the impact of a ball released at speeds of 80mph (around 130kph). Angus Porter, CEO of the Professional Cricketers’ Association, was part of the “working group” collective between ICC and ECB to improve standards for headgear and helmets that arrived at the new standards. The 80mph/130kph mark, he said, “was 20kph less than the desired one” but was put in place to “represent a benchmark we felt all manufacturers should be able to meet”. The group’s expectation was that manufacturers would try to gain competitive advantage by producing helmets that could withstand balls bowled at higher speeds.

Miller says that ideally Masuri “would love to be saying we can stop balls at 90mph (144kph)” but admitted that it was a stretch. “I think it was a good job by the ICC in releasing that standard. It has made professional cricket a lot safer,” he says, pointing out that there hasn’t been a facial injury over the last six months in first-class cricket in England, where the new, compliant helmets are prevalent. 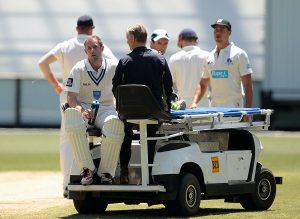 Porter and the ECB are currently working in conjunction with Loughborough University to test current helmet designs at higher ball speeds. In establishing the new standard, conventional testing procedures had to be altered to depart from the old standard of the “drop test”, which essentially tested the structural integrity of the helmet’s shell to see if it dissipated the impact of the blow. This was later seen as inadequate because there had been a clutch of injuries caused by the ball hitting the grille. The grille needed to be put under examination to see what ball speeds it could handle.

This is the first time, after the new ICC standards, that both the shell of the helmet and the grille attached to it have been tested together, Miller says. “So there was no test to test the helmet as a unit and this is what the latest testing does,” Miller says. “If your fixings were no good between the grille and the shell, it would open up and the ball would come straight in.”

The new test involves a calibrated air cannon firing a ball at a helmet at a specific speed – in this case 69mph (an 80mph delivery in real time, taking into account the deceleration of the ball after pitching). The ball was fired point blank onto five “impact” points on a helmet, placed on a “head-form dummy”. Three of these points lie between the peak and grille and two are on the grille. “The key is [that] on impact the ball and grille cannot come into contact with the head form,” Miller says. “Considering head shapes are different, it does not necessarily mean the grille will never touch anyone’s face, but it certainly helps stopping major injuries [to the face].”

To push the testing speeds up by 10mph into the red zone of 90mph is a very long haul, however – because at that speed, the balance between safety and comfort becomes a beast of a problem. The materials of the helmet must absorb what Miller calls the “deformation” of the helmet when it is hit by the ball – the dent it makes on impact – and settle back into place once the ball has rebounded. “The 10mph gap sounds no big deal, but at those paces it adds a lot of force.” 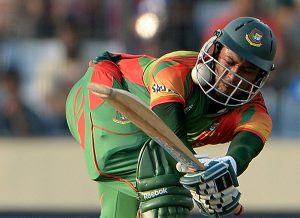 The amount of deformation is dependent on the material of the shell and how far it can be “pushed”. Miller says increasing of safety will demand compromising on comfort, making helmets “at this stage undesirable to wear”.

Masuri sources materials from companies dealing with automotive materials, such as Perrite and DuPont. What helmet manufacturers don’t want is for players to not wear helmets because they are too heavy or obstruct their view. “So it is a real balancing act between improving safety and making a product that is practical to use.” The next step, Miller says, will be to “gradually increase the safety of the product up to a pace where no matter who is bowling, the batsman can count on being safe”. The stem guard, made of a material called “impact-modified TPU” (thermoplastic polyurethane, a rubbery plastic) is being put into commercial use for the first time. It is a clip-on attachment to the side of the grille. Tests on the stem guard found it to have an impact absorption three times more than the current rules required.

The ICC’s new helmet regulations will now require helmet manufacturers all over the world to offer players the highest standards of security. Porter says that helmets complying to new standards, available as from July 2014 onwards, have had players “all anxious”, wanting to ensure that they were being supplied with the safest headgear available. What the Hughes tragedy did was bring home the worst kind of reminder to his peers, helping them recognise that “there is a threat about a career-ending injury and they should take it seriously”.